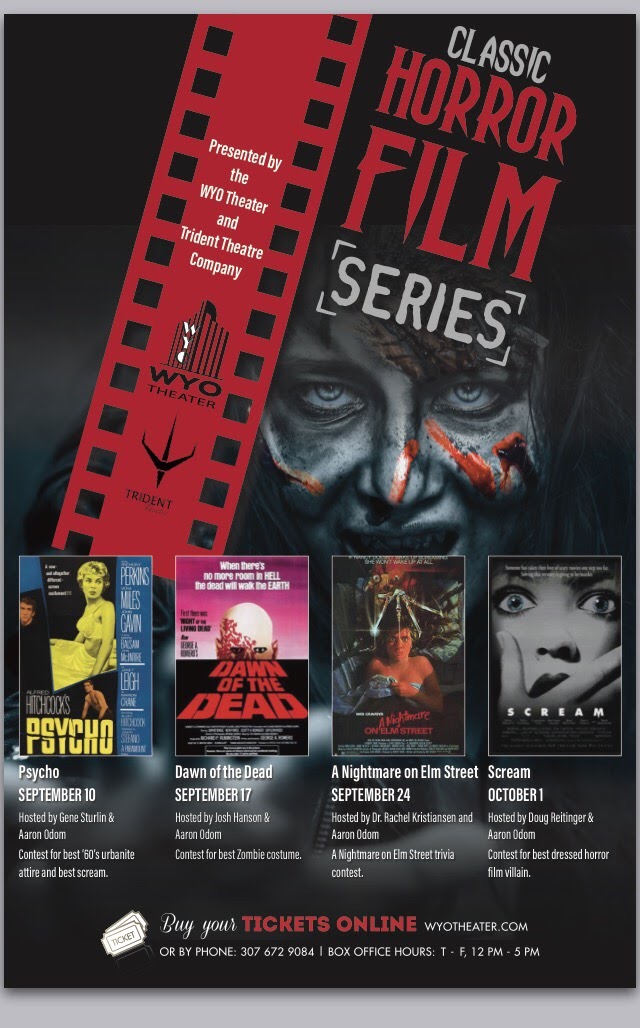 When Trident and the WYO Theatre began planning the first classic horror film series to be presented in Sept. 2016, the original plan was to have one iconic film from each decade from the 1970s to the 2000s. An enthusiastic fan of both Trident and the WYO inquired as to whether “Psycho” would be screened as part of the series. For this patron, the film that made Hitchcock a household name brought back fond memories of when the WYO was a full-time movie theater, and the weekends spent with family, regardless of what was playing on the big screen. Thus, the decision was made to begin the series with “Psycho,” which ended up being the best ticket-seller of the series.

Below is a series of posts related to the film series. And who knows? Another series may be just around the corner!

SheridanMedia, who co-sponsors many projects at the WYO Theater, has run and will run radio ads on their stations for the entire run of the 1st Classic Horror Film Series.  Gene Sturlin – our co-host for our presentation of “Psycho” on September 10th – has worked for SheridanMedia for some time, and served as the production manager for these ads. So, all the moderation to Aaron’s voice was the handiwork of Mr. Sturlin!

Here is a curated list of trailers for the 2016 series: