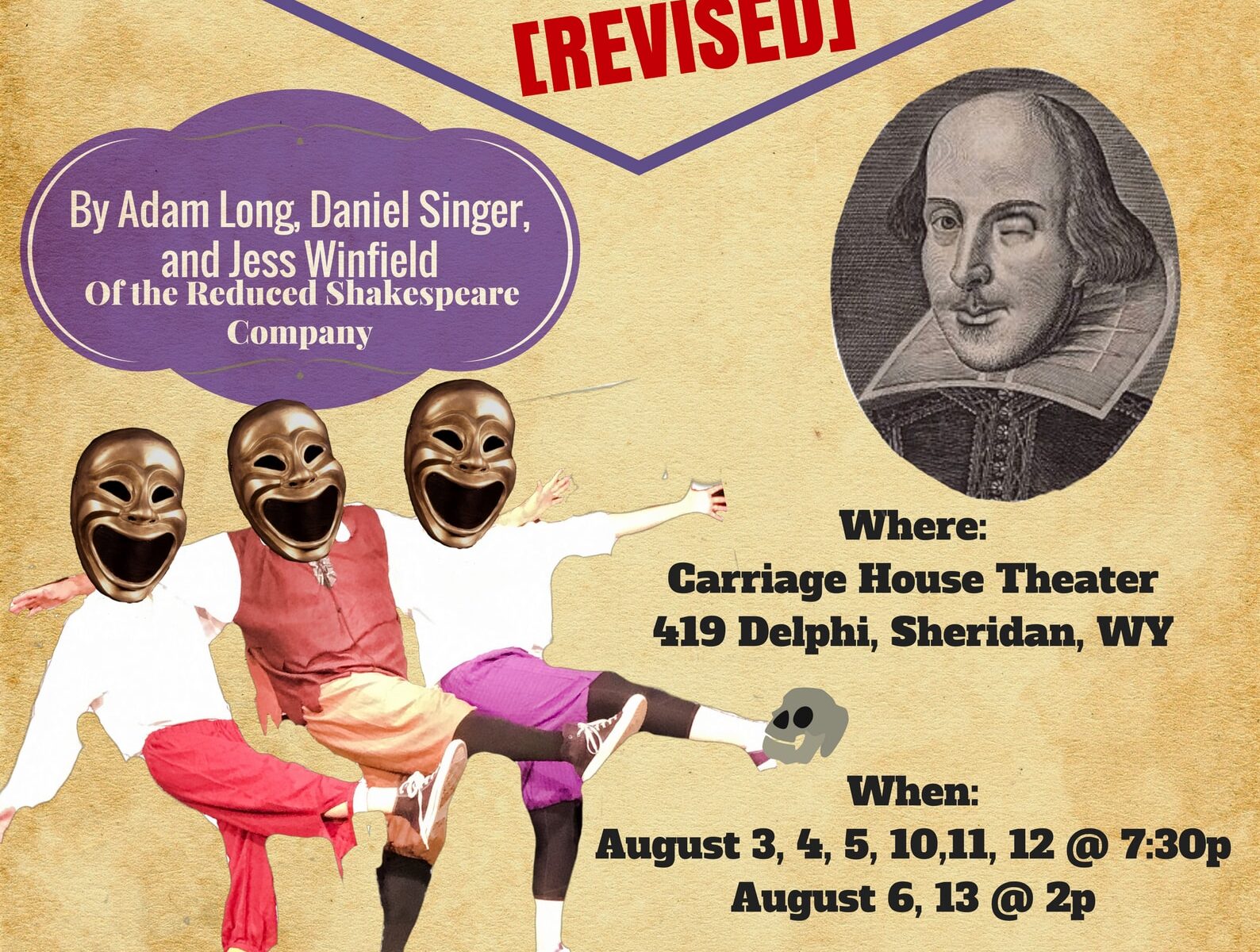 Brush up your Shakespeare/Start quoting him now… – Blog Post

Press Release in The Sheridan Press

“The Complete Works of William Shakespeare (Abridged) [Revised]” was first conceived over 20 years ago by the Reduced Shakespeare Company, in an attempt to cut through the hubris of presenting Shakespeare as an academic privilege.  The company is known for their acerbic sendup of many copious works of literature and history.

This production has been updated for a twenty-first century audience, and actively invites audience participation in a show so close to the audience you can taste the sweat.

Trident’s production will play at the Carriage House Theater in Sheridan, Wyoming Thursdays through Sundays, August 3-13.  Tickets will be $10.00 per seat, and will be available soon!